I have really been dreading this part of the trip. After seeing Marianna off from Guatemala City, I was left 12 days to get from there to Panama City by Christmas Eve. That’s 12 days for 4 countries (bypassing El Salvador entirely), and roughly 1,350 miles. And of course 4 countries means 4 border crossings.

Crossing borders in Central America with a vehicle is a special kind of Kafkaesque hell. Entering a country, there are generally 4 things you need to accomplish:

This all sounds simple enough, but it’s a good day if I can pull off any given border crossing in under 3 hours.

The first sign you are approaching the border is the semi trucks backed up for miles along the highway. At this point you drive up the opposite lane, ducking behind a truck anytime there’s oncoming traffic. You will know you have reached the border when you are aggressively hounded by “helpers,” very unofficial guides who will walk you through and “expedite” the border process in exchange for generous tips and often a fair shot at scamming you.

It’s hard to illustrate the chaos of these border areas. The first task is figuring out which building immigration is located in. Don’t expect it to be obvious, and don’t expect any useful signage. After hopefully finding the right building, get in hopefully the right line, hopefully not just after a busload of people have also gotten in line. See other people in line have a form, ask around where to get the form, get the form, fill it out, finally get to the front of the line, get your stamp.

Exit the building, begin figuring out which building customs (aduana) is in. Get in line for the TVIP. Hopefully you don’t arrive just after the only person who issues TVIPs goes on a 90 minute lunch break. You will need several copies of several documents. Some you diligently have ready, like of your passport and vehicle title. But then they need copies of the passport stamp you just got and the form you just received, so it’s off to wander around the border area to find a shack with a copy machine where they will sell you copies. After obtaining copies, go back, stand in line again, have them fill out your TVIP. Before they issue it to you, you need to pay for it, but of course not in the same place. You need to go find the “bank,” really another unmarked shack with some guy sitting in it who will take your cash (plus commission) and issue you a receipt with a very special stamp on it. Go back, stand in line again, present your receipt, you have your TVIP!

I hired a helper entering Nicaragua because on top of all this, the border area was under construction and therefore even more insane than usual. At one point I was instructed to go stand in an empty dirt lot and “wait for the fat guy in a blue shirt to notice me” at which point he would come over and sign a form I had. (He did.)

And so the thought of 4 of them in close succession, divided only by long days riding between crappy hotel rooms in uninteresting places, and riding past a whole lot of really neat places that I’d love to spend time but I have none, well, all of it left me in a foul mood.

I’m now past 3 of the 4 borders. Honduras had some fun riding through the mountains on uncannily nice roads. 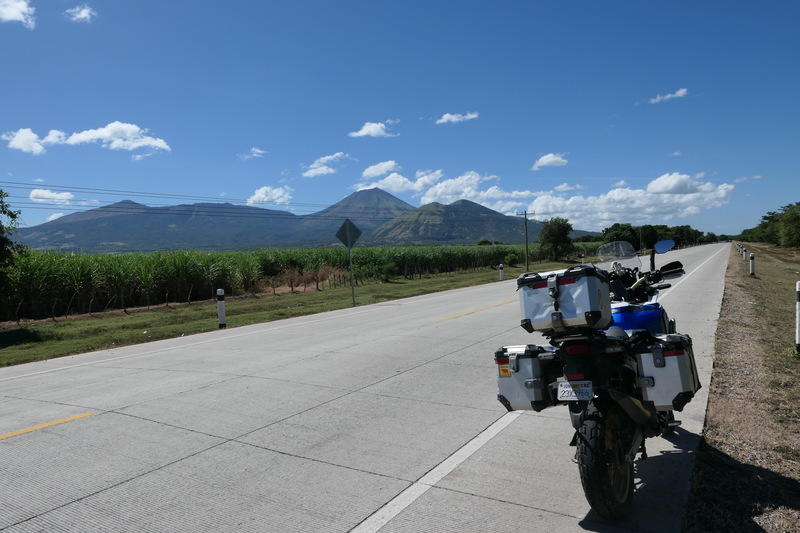 Nicaragua had the most hellish borders. But, I was able to carve out a few days to chill in Granada, a beautiful town on Lake Nicaragua (the second-largest lake in all of Latin America, after Lake Titicaca, and known locally as Cocibolca). Besides the big lake, it’s also got several volcanos nearby (Central America is littered with them), one of which contains one of five permanent lava lakes in the world.

Super neat! Another nearby volcano had a really nice regular-type lake called Lago de Apollo, and I spent a day there doing not much. 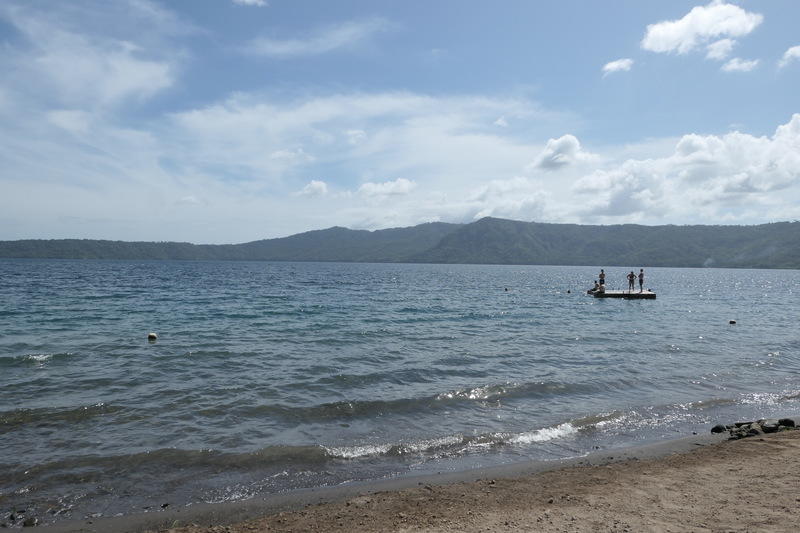 Also stocked up on some Flor de Caña 12 to replace my depleted mezcal stash.

I entered Costa Rica yesterday, caught a nice sunset in Puntarenas last night, jetted down to Ciudad Cortés today, and will cross the final border into Panama tomorrow morning. A few more days to Panama City and the slog will finally be over. 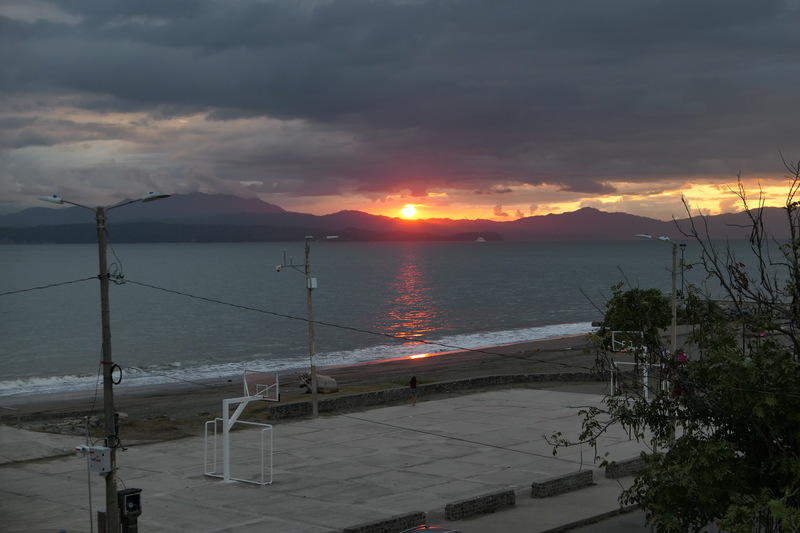 On to good things!