Time got away from me a bit, apparently.

After the butterflies I arrived in Mexico City, or CDMX, or if you’re a cool kid, the D.F. for Distrito Federal, its official name until 2016. I spent four nights there, and only so few because I knew I would have to come back, and with friends. Such a great city. Biggest in North America, of course, with a population of 8.9 million in the city proper, and 21.3 million in the metro area. It stacks up to its population.

The first day, I headed out to the pyramids of Teotihuacán, about an hour from the city. It’s the first set of ruins I’ve been to. 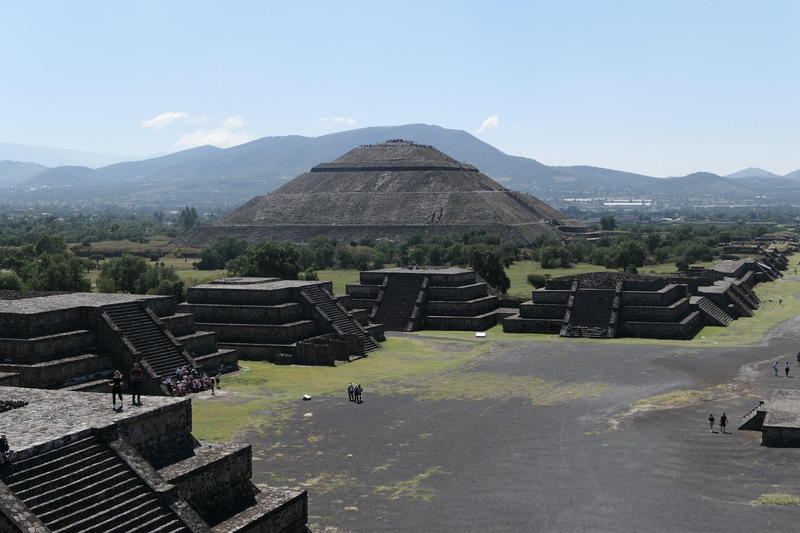 Pretty grandiose. The experience was enhanced by my tour guide, an indigenous man who grew up and lives almost literally in the shadow of the moon temple. After guiding us around the ruins, he brought us to his home to meet his family, and then to a nearby cave where he showed us some neat artifacts and then performed a ritual so that we might form a connection with our dualities. Not a bad tour.

Other CDMX highlights include Chapultepec, the huge Central Park-style park, including a castle perched on a hill; the expansive National Museum of Anthropology with lots of neat Aztec and Mayan history and artifacts; the Casa Azul, the former residence of Frida Kahlo and Diego Rivera, kept as a museum of their lived; and lots and lots of tacos. Like I said, I’ll be back. 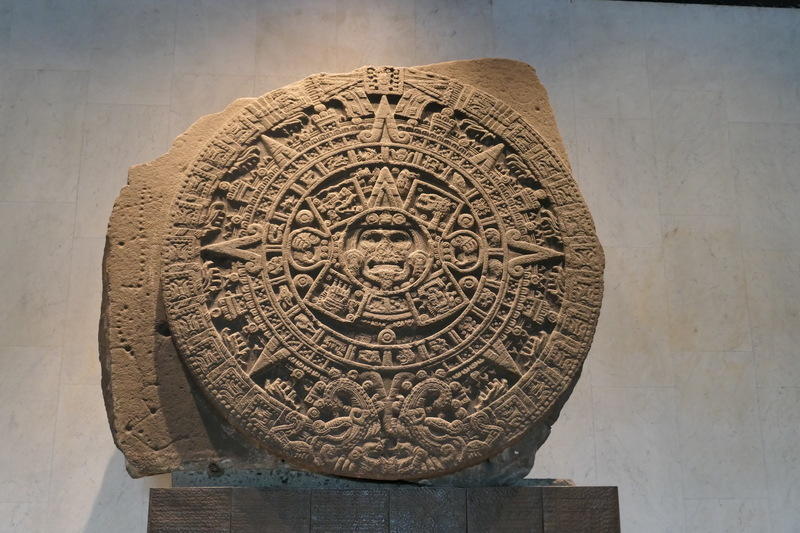 I rode an hour south to the city of Cuernevaca to see Becca, an old friend from high school, and her family (fiancé, baybeh, 2 dogs and 2 cats). It was awesome kicking it with them, and also the first time I’ve seen anyone I know since I left, so doubly nice.

From Cuernavaca I made my way to Oaxaca City via Huajuapan de León. Just ouside of Huajuapan, I encountered my first blockade. This is not an uncommon protest tactic, particularly in Oaxaca. 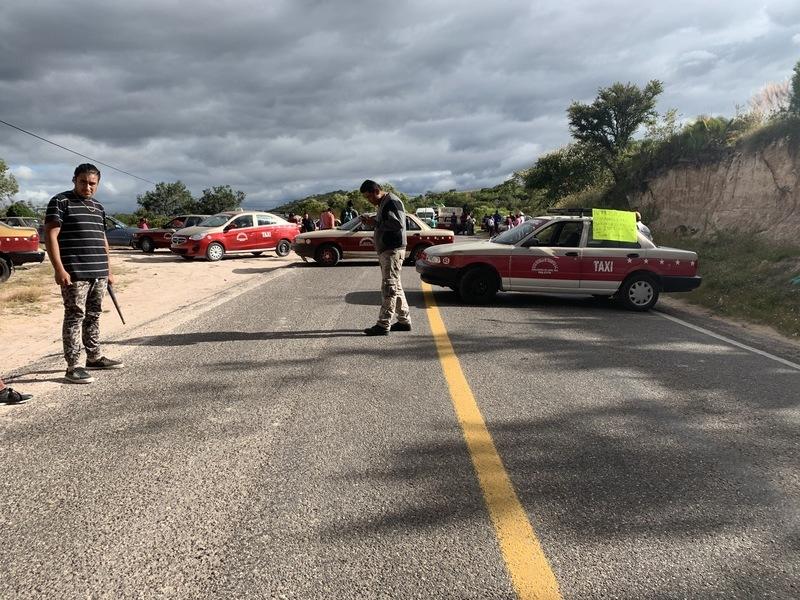 You might think it would be worrying approaching a road blocked by cars and patrolled by a crowd of people wielding machetes, pipes, and bats, but somehow it’s not, as long as you know what to expect. I pulled up to the front of the line (as is the sacred right of motorcyclists), pulled over, took off my helmet, and got comfy. I chatted with some of the folks for awhile, although I wasn’t quite able to glean what exactly the grievance was. It was a convivial atmosphere in any case, and an hour and a half later their point was made and they cleared the road.

After a not-so-restful night in Huajuapan – why would you put a bright-ass flood light outside of a room window which doesn’t have curtains, but more importantly WHY would you put a very sonorous caged tropical songbird in the courtyard of a hotel, also right next to my door – I rode to Oaxaca City aka Oaxaca de Juárez, Oaxaca.

This is also a really cool city, and probably the one I would come back to first after CDMX. It has a reputation as the culinary capital of Mexico, which was borne out by many delights, perhaps chief of which is the tlayuda, kind of a hybrid between nachos and pizza, with various meats and tomato and avocado placed upon a bed of beans and cheese on a giant tostada. I have no idea why this hasn’t become an institution of Mexican restaurants in the US. 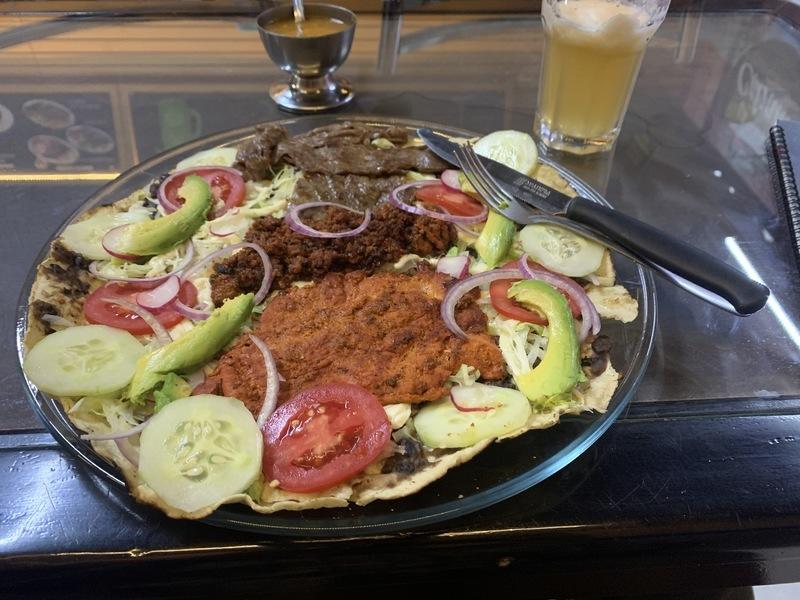 The state of Oaxaca is also the spiritual home of mezcal. I took a day trip to the pueblo magico of Mitla, one of several nearby villages full of agave farms and palenques or mezcal producers. I got to see both a farm and a palenque in action, which was super cool. 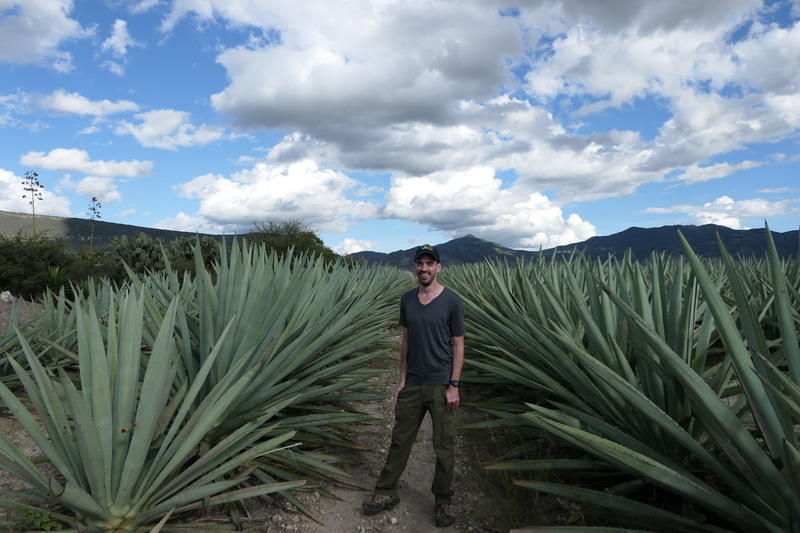 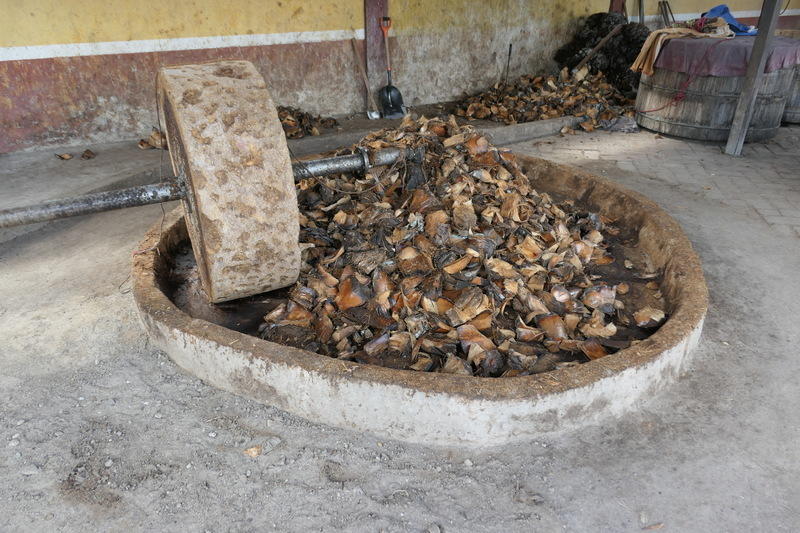 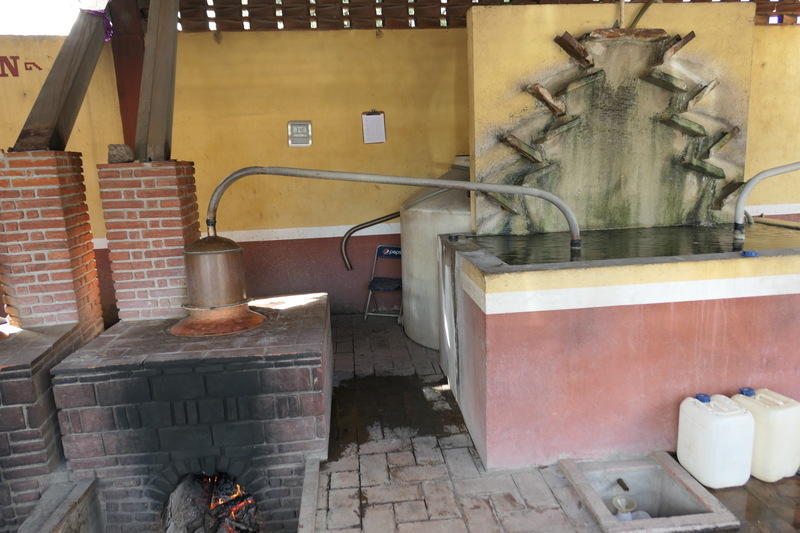 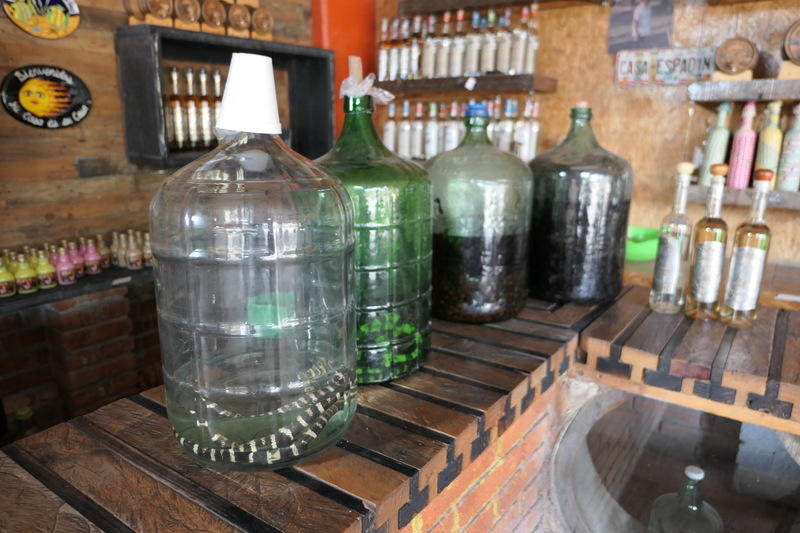 Now, on my way to the Pacific coast, I am in the village of San José del Pacífico, a small village nestled in the mountains known for its abundance of magic mushrooms. I ended up at a hippie cabin hostel here. There is someone outside of my room idly strumming on a guitar and occasionally breaking out into a bad falsetto. My room for the night cost 150 pesos ($8.72) and the view is awful nice, though. 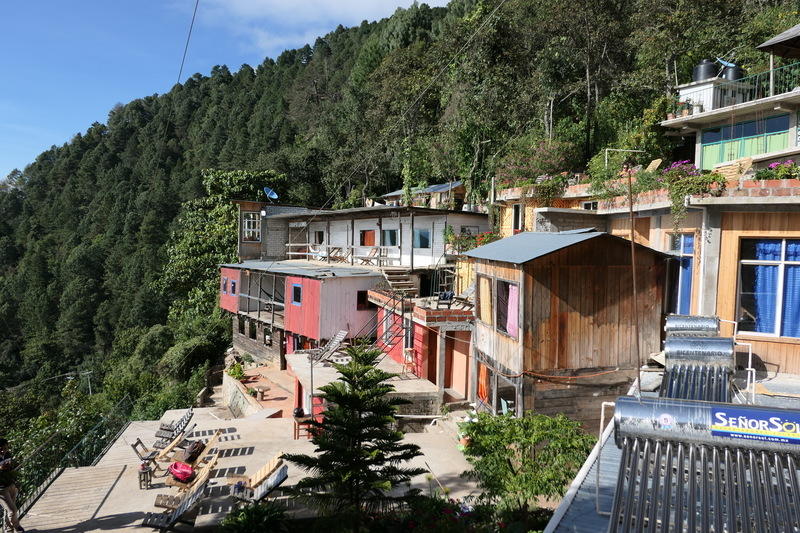 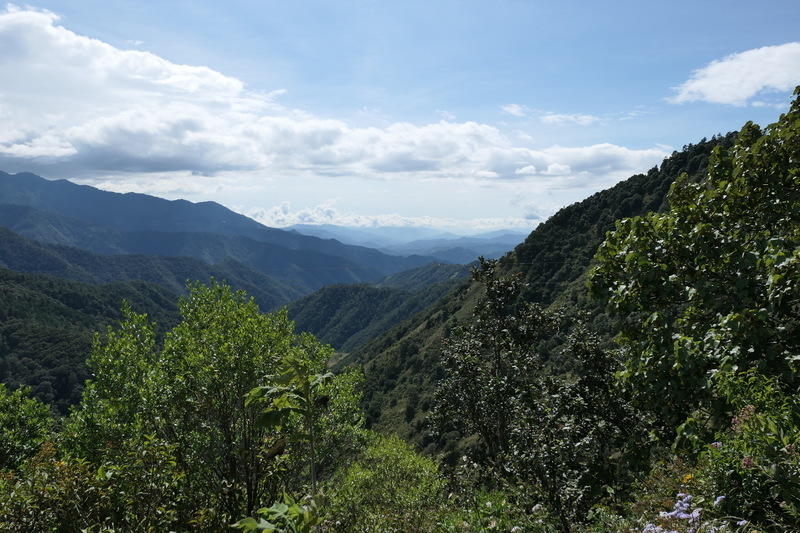 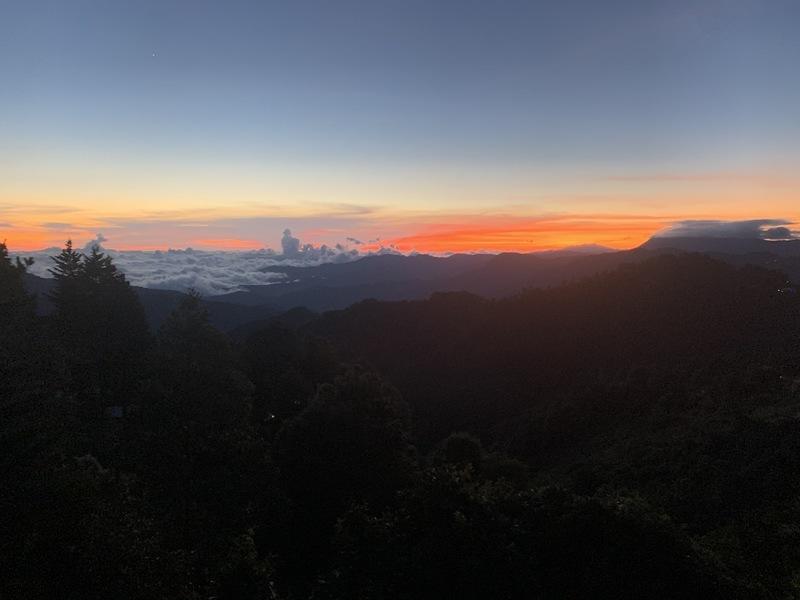