It occurred to me a couple weeks back that Día de los Muertos was approaching and that it would probably be worth planning ahead a bit. I wasn’t sure where I wanted to end up for it. At first I thought Pátzcuaro would be worth a shot, but the reports of insane crowds and $300/night hotel rooms quickly dissuaded me. I ended up booking an AirBnB in San Miguel de Allende for the nights of 10/31 and 11/1.

My first impression walking around SMA was that there are a lot of white people there. A solid majority of the people walking the streets (of the old town center) were gringos. Now, I’m well aware that I’m not stuck in traffic, I am traffic, so to speak, but still, too many white people. I think what rubbed me the wrong way in particular is that most of them were American or Canadian retirees who moved to SMA because it’s pretty and cheap, but most importantly, because there’s a lot of other Americans there so they don’t have to bother acculturating or learning Spanish or interact with Mexicans outside of restaurants or dueling piano bars. 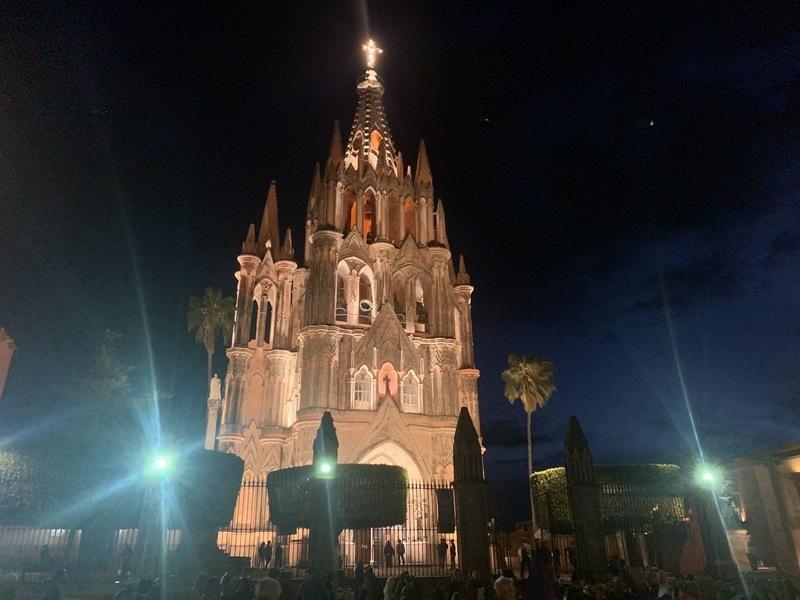 Anyways, the celebrations. Halloween is distinct from Día de Muertos, but also the lines are a bit blurred. The main attraction for Halloween is kids in adorable (generally non-Catrina-related) costumes roaming around town and demanding candy from everyone they cross paths with. On the 1st, Día de los Inocentes, folks decorate graves and set up altars in memory of loved ones.

This gives way to Noche de los Muertos, the biggest night of partying. My (American retiree) AirBnB host told me she was having friends over, and they would be heading out to see the parade of Catrinas, the dapper skeleton which you are probably familiar with. I accepted, and while I had a good enough time with them, in retrospect partying with a bunch of 60-something American expats was perhaps not the best way to celebrate the night. On the other hand, it probably serves me right. The parade was cool, in any case. 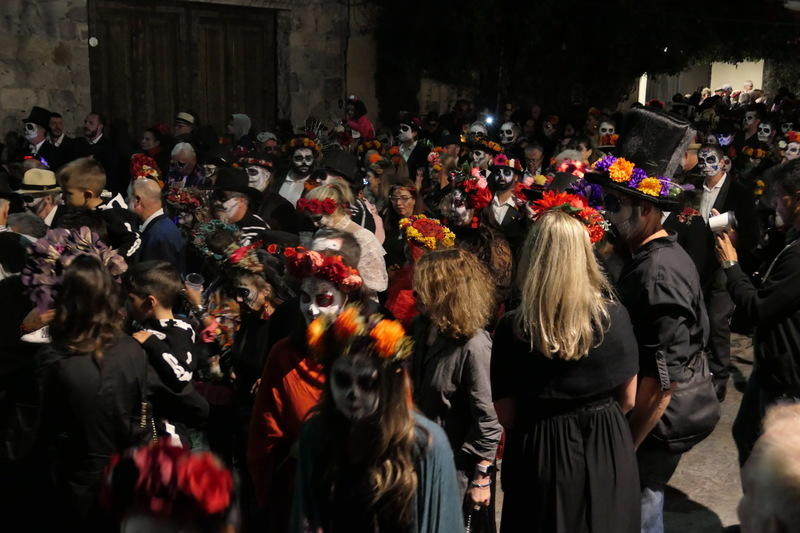 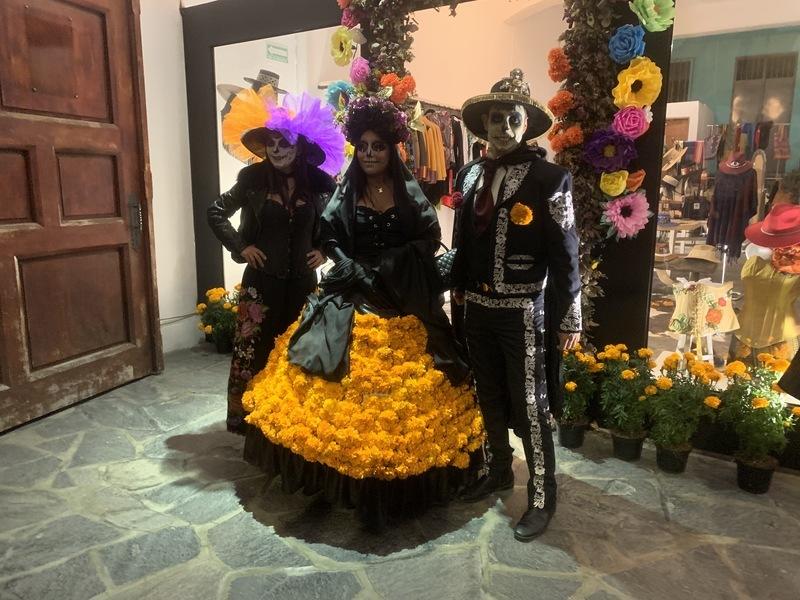 The 2nd is the actual Día de los Muertos. I rode to the city of Guanajuato that day, with a detour to Dolores Hidalgo. In Dolores I stopped at the main municipal cemetery. 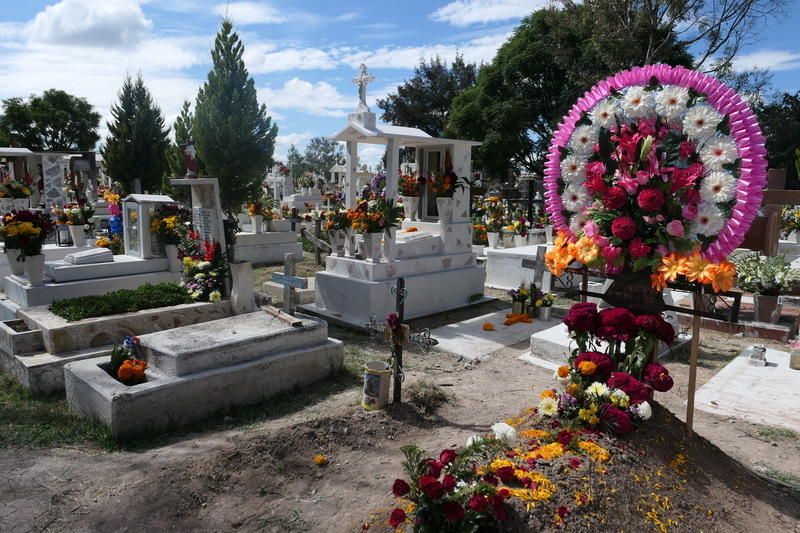 For a solid mile approaching the cemetery, the roadside was packed with vendors catering to all the people coming to pay respects, some selling flowers and wreaths to decorate graves, and others selling aguas frescas, elotes, and gorditas. Many people were there to visit family graves, but also, this cemetery is notable as the final resting place of José Alfredo Jiménez, one of the grandfathers of ranchera music. You’re familiar with ranchera, whether you know it or not. Emerging from the Mexican revolution, it is the most popular genre of music in Mexico, and the genre most closely tied with the national identity.

Jiménez has a badass mausoleum. 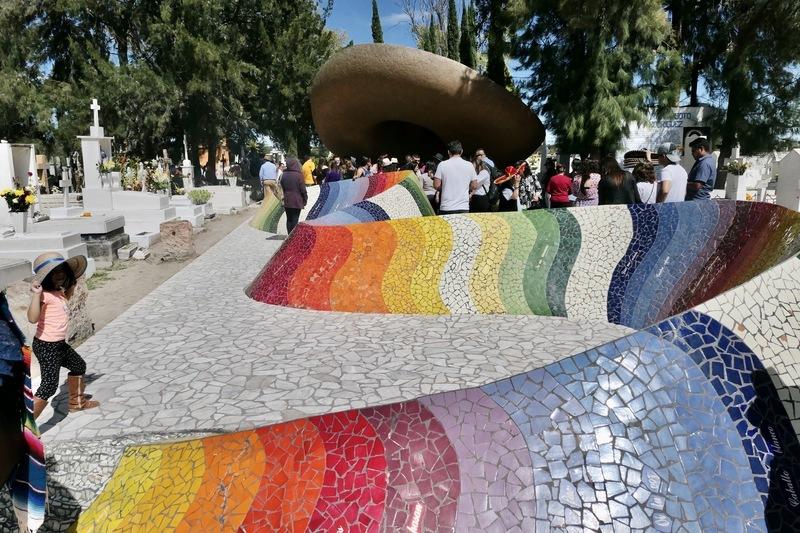 A huge sombrero with a colorful shawl emanating out from it. The shawl has the names of some of his most famous songs written on it, and the sombrero is inscribed with one of his lyrics: “La vida no vale nada,” or “life is worth nothing.” 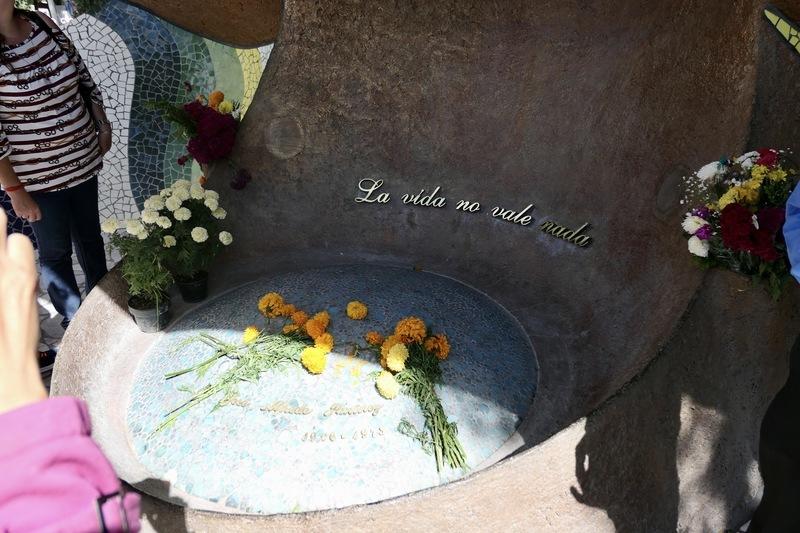 From there I rode to Guanajuato for the night, stupidly not realizing that being Día de los Muertos, and particularly with it falling on a Saturday, that things were going to be booked up and driving through town was going to be crazy. I got the very last room at the fourth hotel I tried, which was an expensive room in a Holiday Inn Express out on the edge of town next to an Applebee’s. Nice.

From there to Morelia, yet another city with a nice colonial old town. It was, again, a very pleasant place to stroll around see some cool old buildings. That’s been starting to get a bit boring though, at least in isolation. I scrapped a plan to go check out Pátzcuaro (nice old town etc.) and instead turned east and took a dramatic and very wet ride through a thunderstorm to the Cerro Pelón Monarch Butterfly Reserve.

Día de los Muertos traditionally marks the time when the monarchs start arriving to their winter home after the long trip from the northern US and Canada. This year, they were right on time. The reserve technically isn’t open to the public yet, but there were some local guides hanging out at the entrance more than willing to take me in to see them. It’s a steep, rocky trail at around 10,000 feet in elevation, and it was advised that I rent a horse to ride up, which was not a hard sell (particularly at like $5 US).

It’s too early for the butterflies to start forming permanent roosts for the winter, where entire trees will be packed with butterflies so fully that the butterflies can be mistaken for leaves. That doesn’t start for several more weeks. But, in several spots the sky was full with monarchs. They were flying pretty high, so it was kind of difficult to capture, but this does a half-decent job: 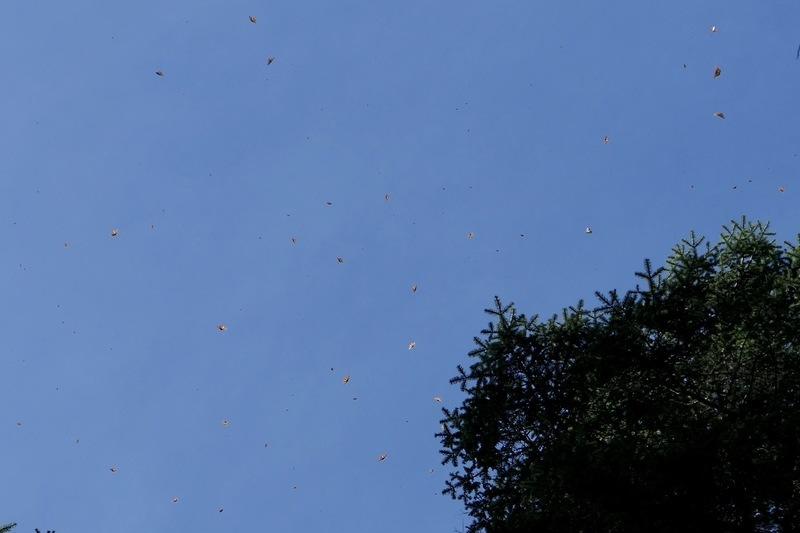 It was also a beautiful mountain, besides. 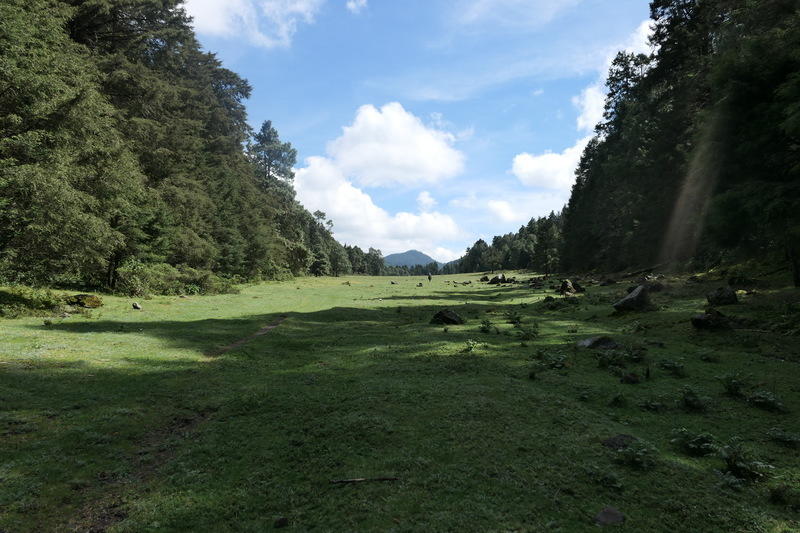 Tomorrow, it’s onwards to Mexico City, to settle in to city life for a little bit.