After my stay in Divisadero, the next stop I had in mind was the village of Batopilas. It’s one of the first places I put on my map.

The usual way to get to Batopilas is by going directly south from Creel, which mostly follows the highway to Guachochi before peeling off to descend into the canyon. But I was already in Divisadero, and there was a more direct road on the map which didn’t require backtracking to Creel. I decided to take it.

The first hour or so was tame on a decent paved road. After passing through the village of Bahuichivo, the pavement ended and things began to get fun. The rough dirt road through the dense pine was already engaging, but then I got to the rim of the canyon, and holy hell. This dusty, rocky road went along the edge for a bit and then started descending along steep switchbacks into the canyon, all the while with absolutely bonkers vistas of the canyon and the village of Urique on the canyon floor. 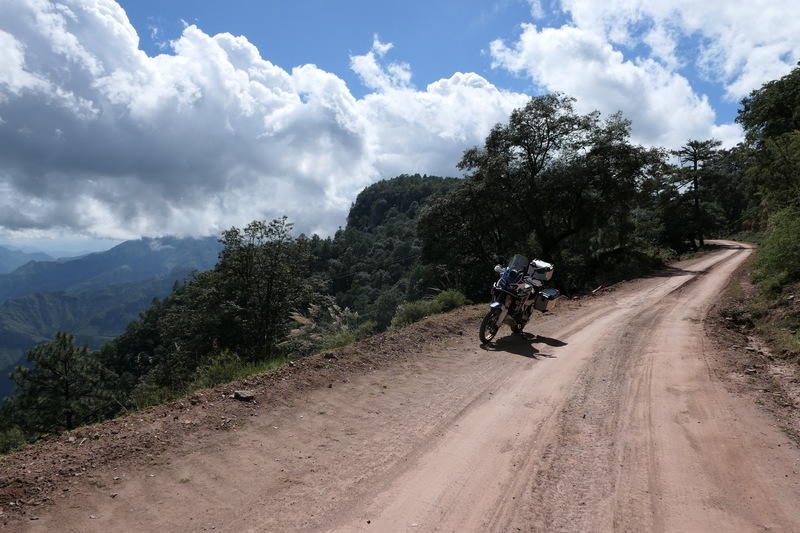 It was without a doubt the best road I’ve ever ridden. I was pretty jazzed that I decided to take the other line on the map. Eventually the road plopped me down along the river and into Urique. 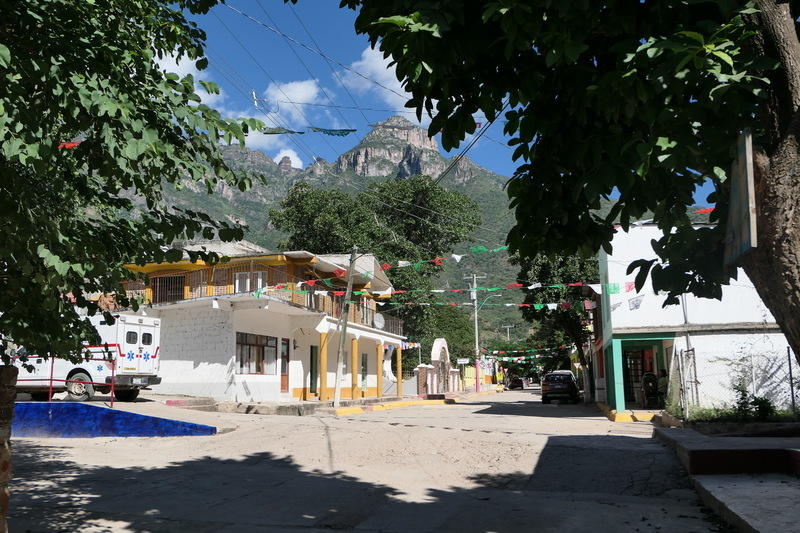 It’s a nice little town that clings to the banks of the river. I stopped for a breather at the far end of town, and some guys drinking beers on the side of the road called me over. We attempted to shoot the shit with my awful (but improving!) Spanish. They offered me a beer, but I politely declined and hopped back on the bike to continue on to Batopilas.

The road followed the river for a bit longer, went through a very small village, crossed a bridge, and then very suddenly started climbing the other side of the canyon. At the same time it started steeply climbing, the road went from hard-packed dirt to big, nasty, loose rocks. The sudden change really caught me off-guard, and I had just enough time to say “oh, shit” in my helmet before the motorcycle took a dirt nap. 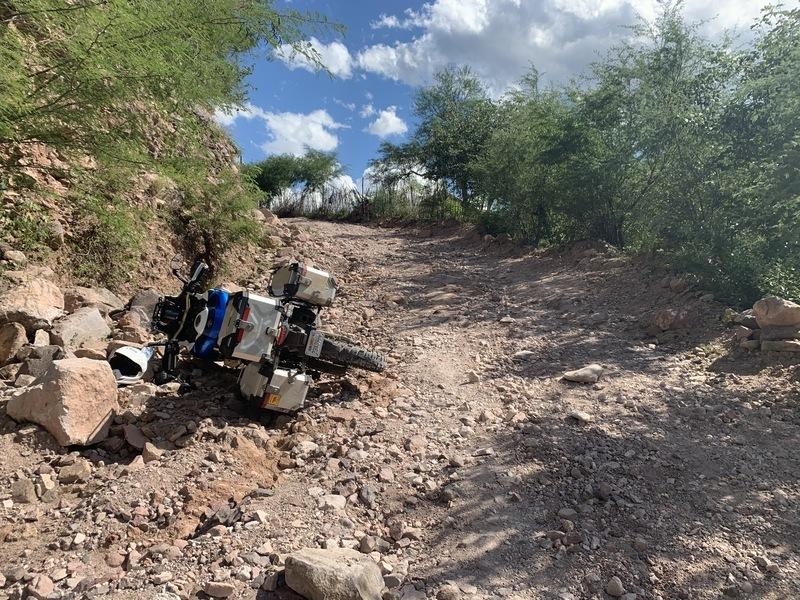 Now, I’m no stranger to dropping my bike, so I know the drill. First I stand a few feet away with my hands on my hips, looking at it and saying “hm.” Then I resign myself to attempting to pick it up. But, here’s the thing about this particular motorcycle. I love it, but it has a serious weight problem, clocking in around 600 pounds. And even that wouldn’t necessarily be a problem, but this bike is uniquely top-heavy. And maybe even that wouldn’t be a problem, but I am uniquely not top-heavy, or bottom-heavy, or heavy anywhere really, what I’m getting at here is that I can’t pick up the bike by myself. I try it every time, and I work up a good sweat and maybe a knot in my back, but it just isn’t in the cards.

This can be a problem when traveling alone. I ended up hiking the kilometer or so back to the last small village I passed and enlisting the help of a nice guy running a tienda. Now with an audience of about six kids, we got the bike up and pointed back down the hill.

I retreated back to Urique, and this time I took the guys up on the beer. One beer turned into many beers, and I ended up sitting on boulders on the side of the road with them for several hours, listening to ranchera music and doing our best to relate. 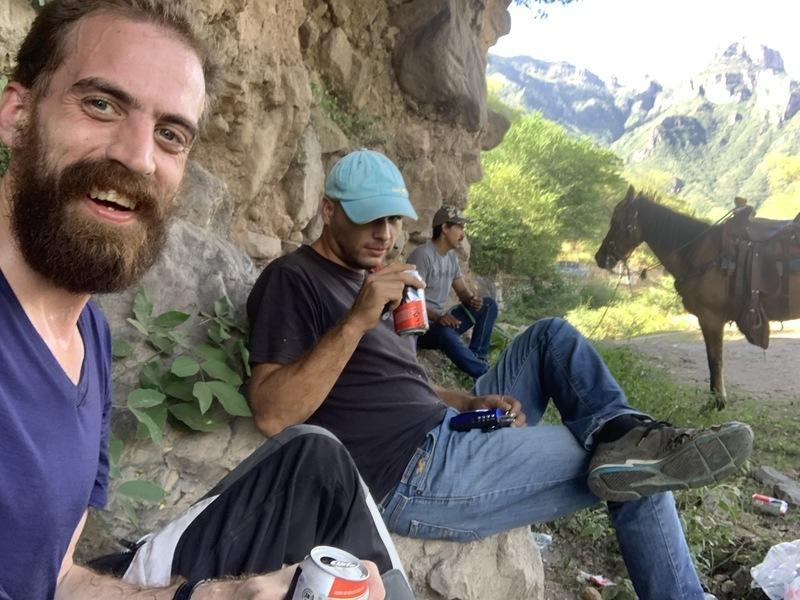 I believe I mentioned that my Spanish is awful, but despite that, the topics of discussion included trading my bike for their horse, how nice the canyon is, and teaching me the game whereby you attempt to get your hand entirely through a ring of a six-pack clear to your wrist, without using your other hand. I’ve got all the tricks now. Well after dark and many Tecate Lights later, mercifully only 3.5% ABV, they escorted me to a hotel in town and we called it a night.

The next morning, I had a bit of a predicament. The guys told me that the road is pretty terrible for some 5 kilometers more before it mellows out. I thought I had a good shot at it, but I also really wasn’t keen on the thought of dropping my bike halfway up the canyon and having to hike all the way back down to beg for help. So, I tucked tail and headed back the way I came, which wasn’t too disappointing anyways, given that fantastic road.

Here’s a map to give you an idea of the roads in the area: 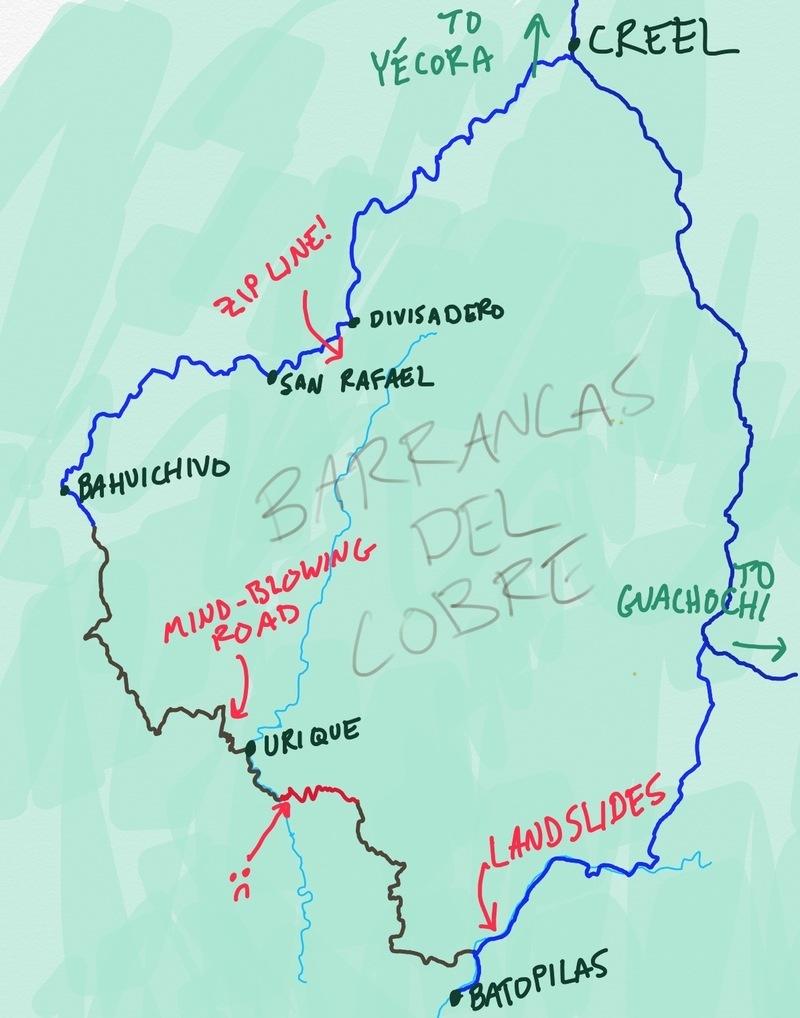 After another night at the old town in Creel, today I took the road more travelled to Batopilas, which was itself a fun time. It is nominally paved, but there’s a nice selection of landslides in the road as it descends into the canyon, and the prevailing attitude towards landslides is “play it as it lies.”

One more exciting descent and two days later than intended, I have made it to Batopilas. 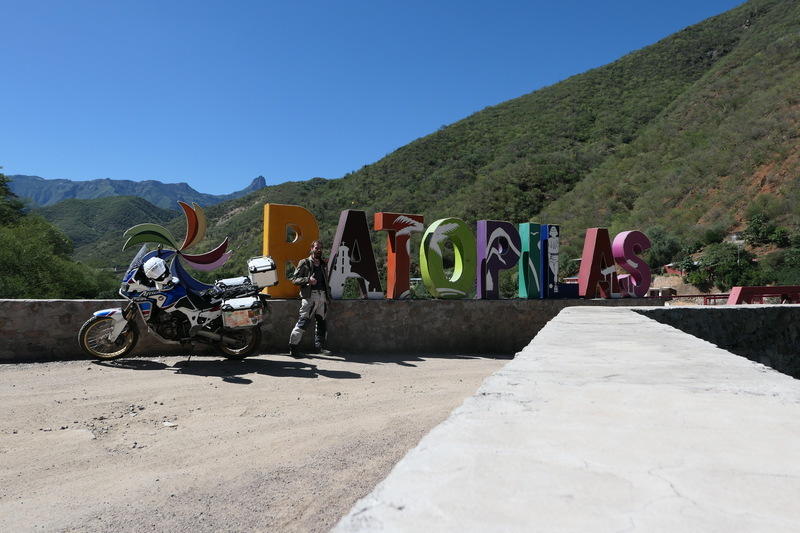 It’s awful nice. Like Urique, it’s a riverside village on the bottom of a canyon. This one has some particular charm to it, though. 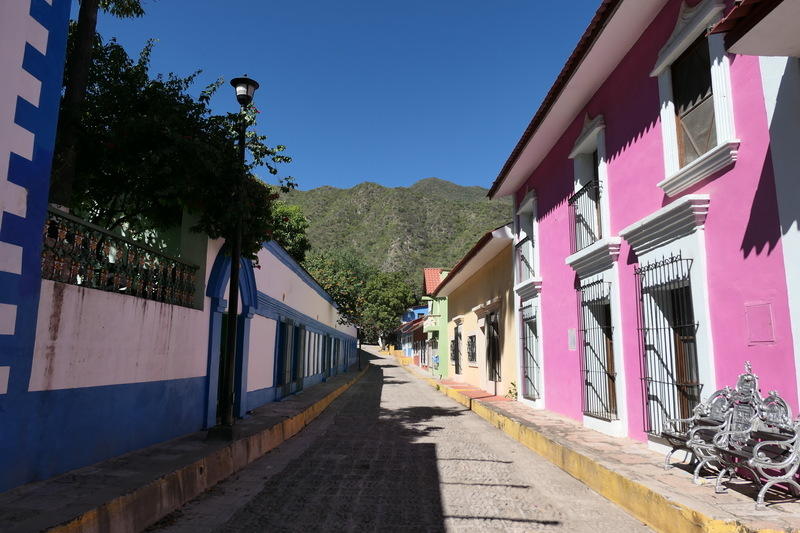 It’s a pretty laid back town. Kids (and the occasional donkey) running through the streets, folks making good use of the benches around the town square, just a couple restaurants and hotels here and there. You can hear the river from anywhere in town. 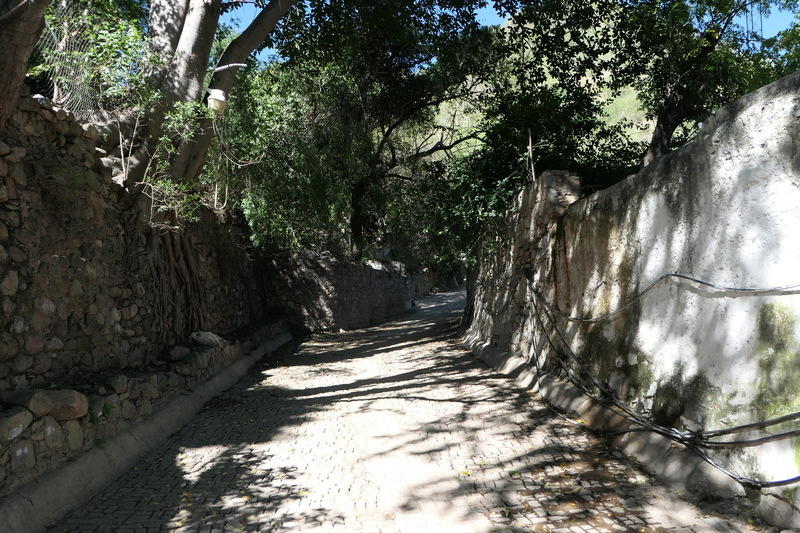 I’m stoked that I found my way down here. I’ll probably start heading away from the Copper Canyon tomorrow, and this place serves as a pretty good farewell.