Since leaving the Copper Canyon area, I’ve slowed my pace and changed up my style of travel a bit. Instead of riding around sketchy roads and finding vistas and spending every night in a different village, I’ve been exploring some cities of Mexico’s Northern Plateau, spending a couple nights in each. I’ve slowly made my way southeast via Hidalgo del Parral, Durango, Zacatecas, and San Luis Potosí.

It’s been nice not having to heave on the heavy, stinky moto gear every morning, and getting a bit of time to breathe and walk around and get to know the different cities a bit. They all have colonial histories, and charming Baroque old towns to go with them. These histories coincide with strong ties to silver mining, much of which is still apparent. The latter three cities are capitals of their namesake states. They range widely in size, though, and each one has its own character. 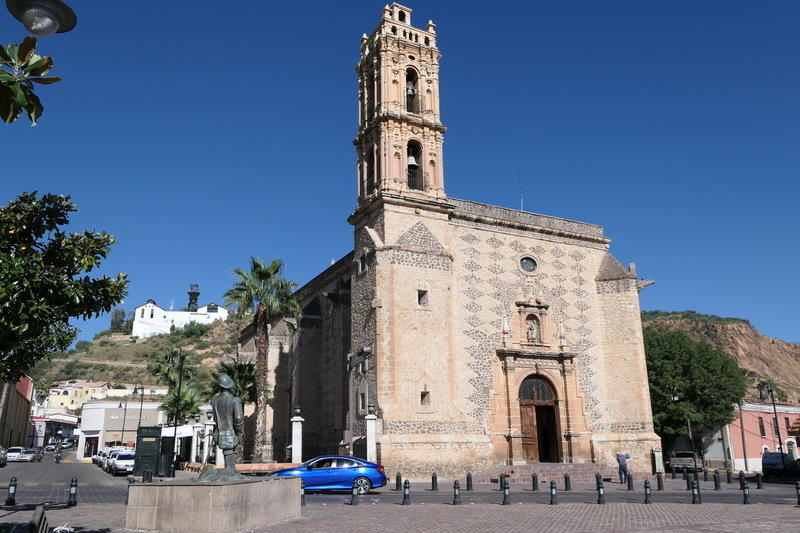 In Parral, a small city of around 100,000, the connection to mining is most strongly felt, thanks to the old silver mine on the hill still looming over the city, visible from pretty much anywhere. It’s also notable as the place where Pancho Villa was assassinated in 1923.

Speaking of Pancho Villa, there’s a nice museum about him in Durango (pop. ~650k), which I was able to enjoy thanks to Google Translate’s instant camera translation, which is magic as far as I am concerned. I don’t have a whole lot else to say about Durango, it was pleasant enough. Next.

Zacatecas was the sleeper hit for me. It’s fairly small, at around 120,000 people. It has a stupid beautiful old town center. If you showed me a picture of Zacatecas at night I’d probably guess it was Prague or something. 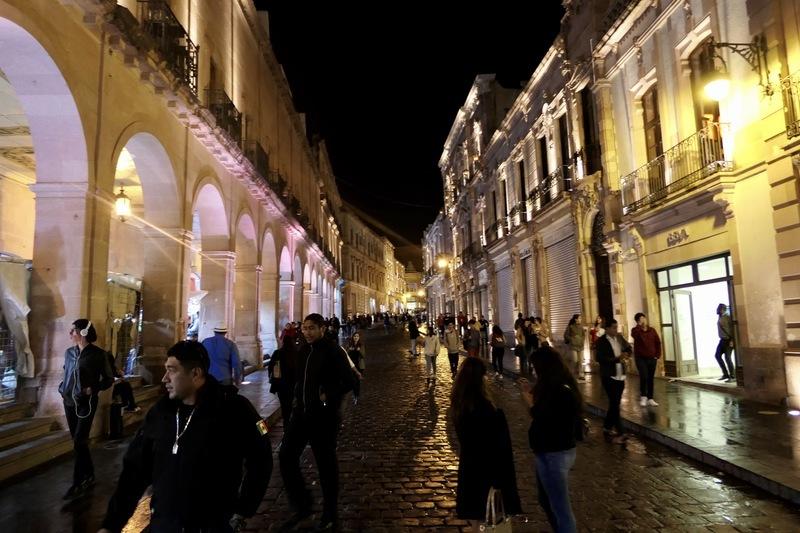 It’s full of young folks and hipsters, and no foreign tourists to speak of. Super friendly people. It’s also the kind of place where you are apt to run into a brass band roaming the streets, trailed by a donkey carrying mezcal being liberally dispensed for free. Ask me how I know! 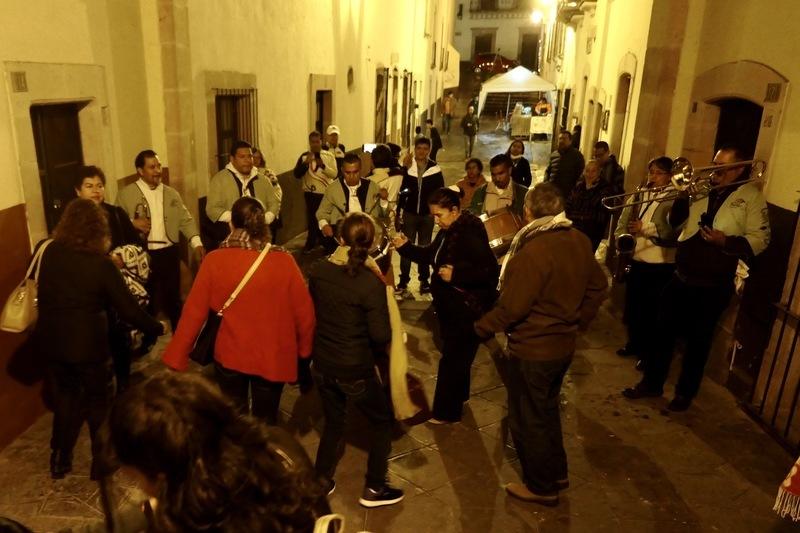 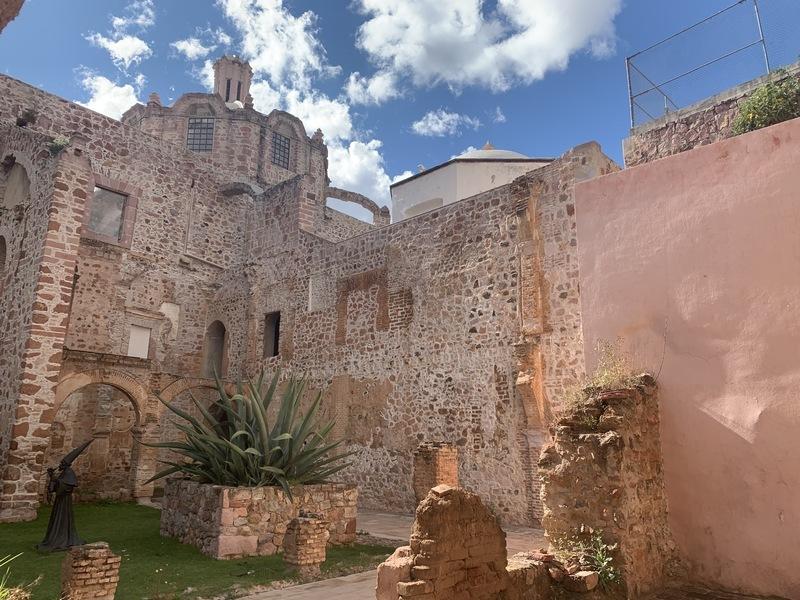 Now I’m in the city of San Luis Potosí, the biggest of the four by a good margin with around 830,000 people, and a pretty cool spot. It gives me a grown-up Zacatecas vibe. A large and storied old town with a lot of nice plazas and parks and churches. 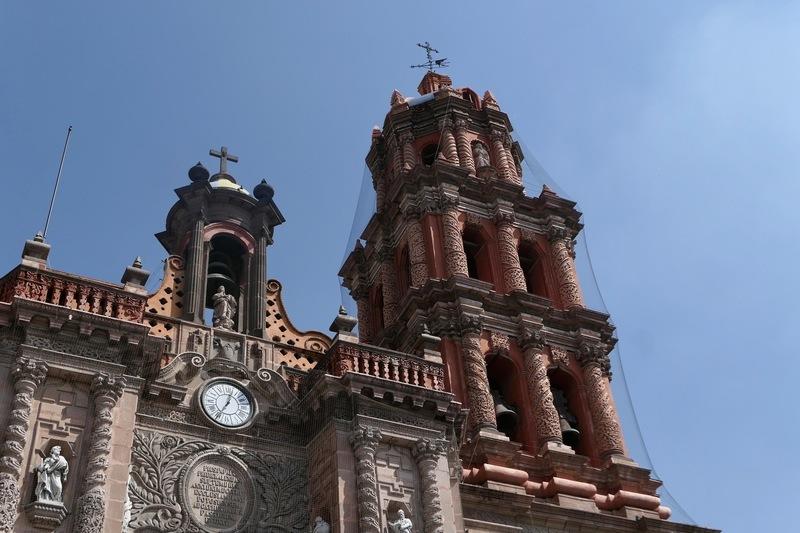 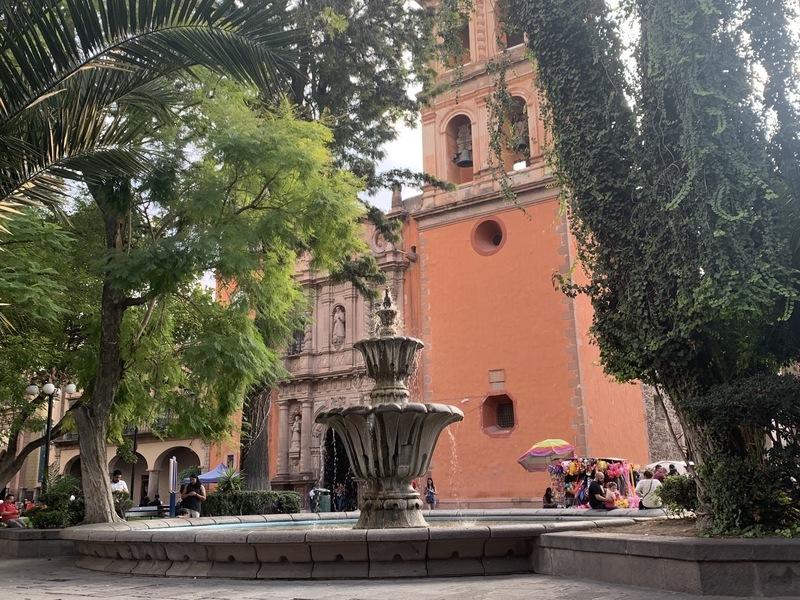 I’m in a hip neighborhood to the east of downtown, near a massive park called Tangamanga. All really nice, and like Zacatecas, doesn’t seem to be on the map for foreign tourists.

With the change in pace, I’ve also been finding myself with a fair amount of down time, which I’ve been trying to figure out what to do with. After I’ve walked around the town for a few hours and been to all the museums and it’s still too early to start drinking beer, I find myself at a bit of a loss, which usually ends up with me finding my way back to my room and reading. Which, you know, isn’t a bad thing, it’s quite fine, but there are definite moments of loneliness that creep in after running out of things to do. It’s something I’ll need to get used to, and I am. It’s not like it’s particularly surprising – news flash: when you travel alone for months, you will get lonely. But, I’ve just particularly noticed in this last week, with less time on the road to keep me occupied. (And you might think that riding a motorcycle alone for 6 hours would also be lonely, but somehow it’s not, but that’s a topic for another time.) Anyways, enough rambling, and maybe a bit moot as I’ll probably pick the pace back up tomorrow, at least for a few days.

One last update from SLP: the AirBnB I’m in has a washer and dryer, which means I have done laundry for the first time since I left a month ago, washing of underwear and socks in sinks excepted. Glory be.