I’ve made it a good ways since I last wrote from Banámichi! I’m back at 100%, health-wise, and things have been kicking into gear.

Well, they did after one more small bump in the road. As I rode into Mexico, my motorcycle starting having some issues, with power cutting out and then surging back, sometimes just sporadically and sometimes really struggling. I had a good guess at what was happening - on my model year, there were some issues where they got paint inside the gas tank which eventually sloughs off and clogs up the fuel filter. Of course after 16 months owning the bike, this would present itself the day I cross the border.

At first I thought I would need to turn back to Tucson to a Honda dealer there so they could take care of it. The thought of returning to Arizona and withering in a hotel for probably another week waiting on something completely out of my control was about as appealing as gouging my eye out with a spoon. So, it was off to the city of Hermosillo. It’s a sprawling, muggy industrial city, the hottest city in Mexico, population a bit shy of a million, capital of Sonora. It wasn’t on my list, but it had a Honda shop, and it was an easy day’s ride away, and it was not Arizona. And it turned out to be absolutely the right choice. I dropped the bike off on Monday morning, and they had the tank off, fuel filter and tank cleaned, and everything buttoned back up inside of three hours, and asked about $50 for their trouble. The bike has been working great since. Huge relief.

So, from there, it was back to the direction I had originally been pointing - east into the Sierra Madre Occidental mountains. The riding has been fantastic. Winding two-lane roads through the mountains, with very little traffic and just enough potholes, boulders and cows in the road to keep things interesting. The road is punctuated every half hour or so by a small pueblo, crucially offering tacos to the weary traveler.

En route was the Cascada de Basaseachi, the second tallest waterfall in Mexico and a harbinger of things to come. 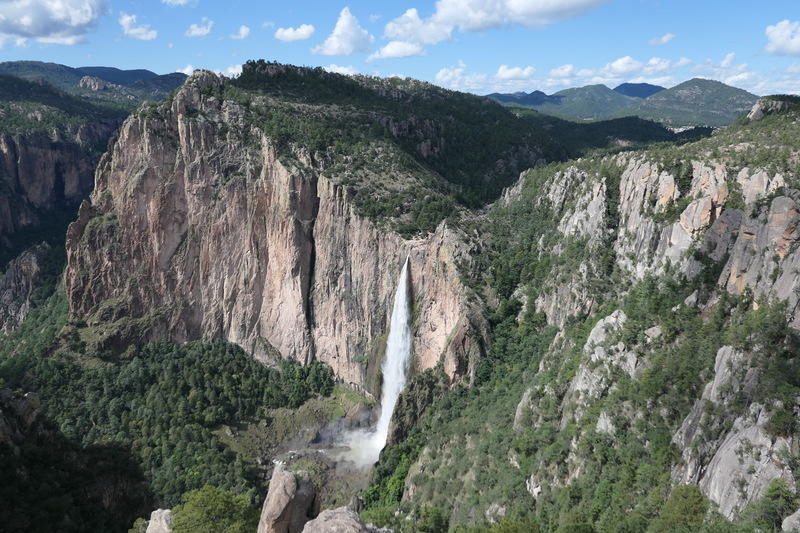 From there I headed to the town of Creel, a charming, if touristy mountain town. I stayed on the outskirts in a compound of cabins themed around a town of the Old West. Besides being an excellent place to stay in general, it is also notable as the first place this trip which had a cat amenable to me petting it. 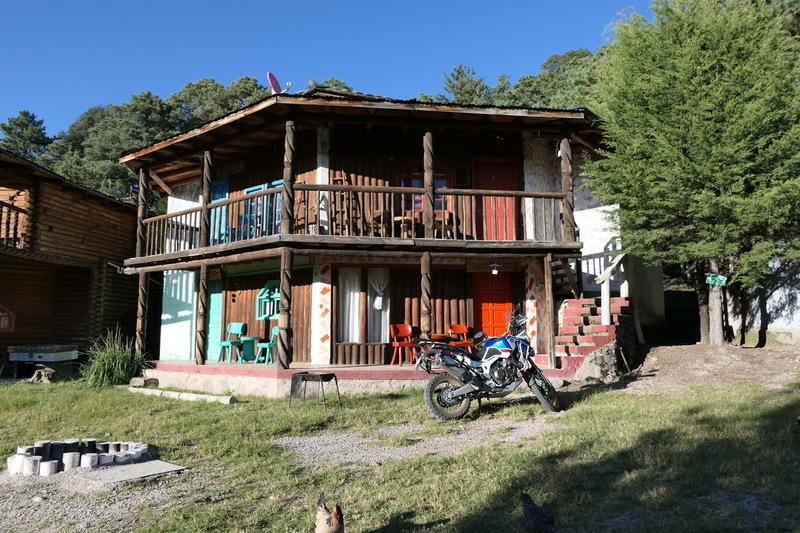 Creel serves as a gateway to Las Barrancas del Cobre, the Copper Canyon. It’s a stunning set of canyons, named for its red rock with green scrub patina, formed by six different rivers which eventually flow into the Gulf of California. It was a short ride to the rim this morning from Creel, and I was blown away when I first saw it. 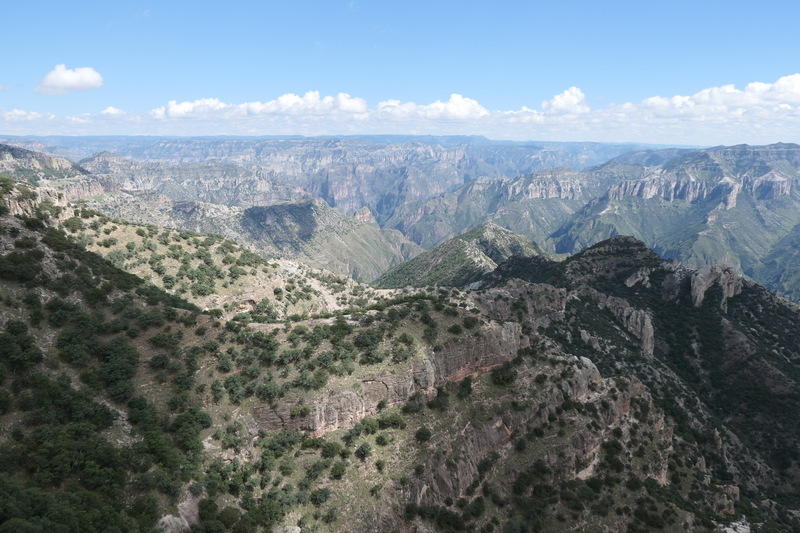 Seriously amazing, and I had never heard of it before. It is home to the indigenous Rarámuri people, who retreated to the canyons from the Spanish invasion. They are known for their long distance running ability, and you can see their villages on the canyon floor, only accessible by foot.

As I was riding around, I ran into a guy from Oregon riding his motorcycle to Guatemala, and we pulled over and chatted for a bit. It was my first time encountering someone on a similar trip to mine, so it was nice to exchange notes. He directed me to the nearby tourist trap (“Parque de Aventuras”) and told me that the zip line was worth it. What the hell. I paid up, put on the harness, got an instructional and security briefing which I understood approximately none of, and uno, dos, tres.

It was, in fact, pretty rad, including the rescue because I didn’t have enough junk in the trunk to make it the whole way, despite the sandbag they strapped to me. From there it was a short hike to a gondola back to the rim. After walking around a bit more, I decided I wasn’t tired of the view yet, so I splurged on a room in a hotel right on the canyon rim. It’s totally extravagant by the standards of this trip – 2,000 pesos (~$100) for the night, at least 4x my typical budget – but come on, this is the balcony of my room, where I am currently watching the canyon as the sun sets: 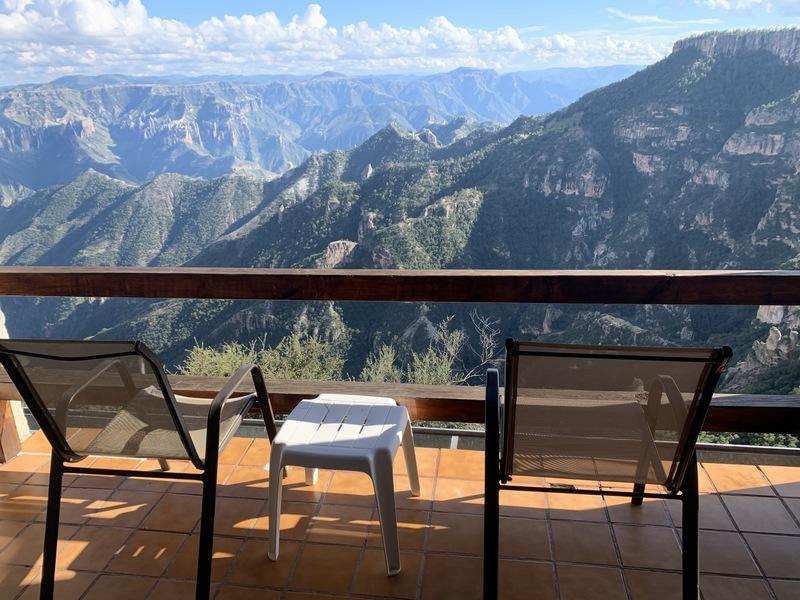 Incidentally, there is also a train that stops right across the road from this hotel (and also in Creel). It’s called El Chepe, and it runs from the city of Chihuahua, along the Copper Canyon, and onwards southwest to the coast. Allegedly one of the most scenic trains on the continent. So, here’s a vacation idea for you, no vehicle required: fly to Chihuahua, take El Chepe to Copper Canyon, base out of a hotel on the rim and hike into the canyon by day. You won’t be disappointed.

From the mail bag, Jeff from San Francisco writes: “Put more selfies in your blog goddammit.”