From Medellín I pointed my motorcycle east, passing through the city of Bucaramanga before arriving at the Cañón del Chicamocha. By some measure it is the second-biggest canyon in the world, 141 miles long, and the highway from Bucaramanga to Bogotá follows it for a good stretch. 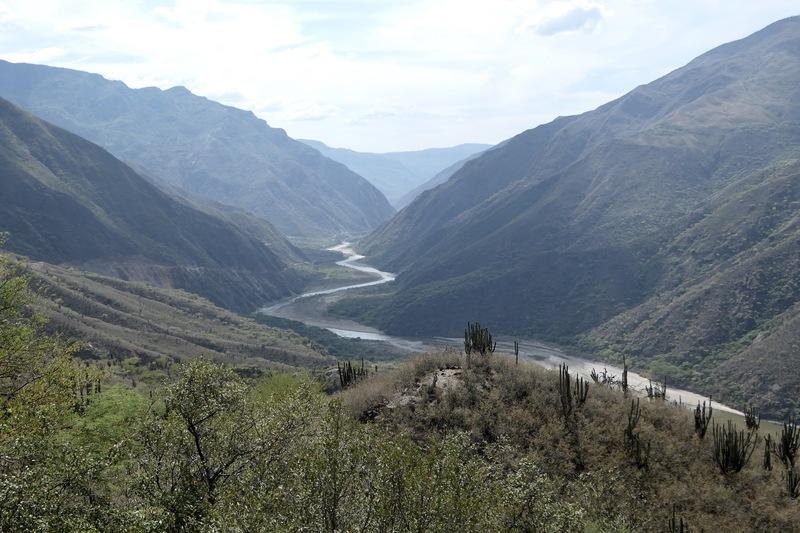 I stopped in at the “national park,” in this case more of a roadside attraction, although it does feature an impressive cable car which descends all the way down one side of the canyon and up the other side, with the trip taking 30 minutes each way. (It also features a water park.) 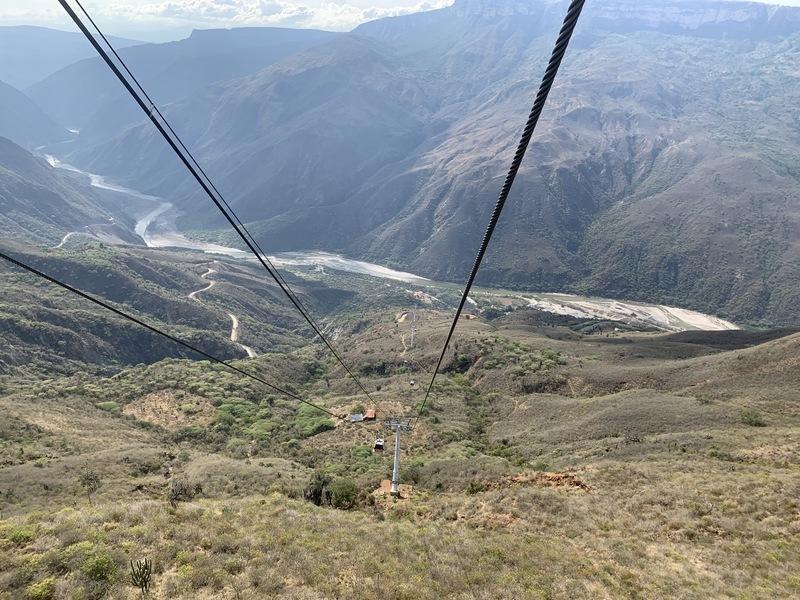 After the cable car, I got back on the bike and took a small road down into the canyon, ending at the tiny village of Cepitá. It’s about 4 blocks by 4 blocks of cobblestone and colonial architecture surrounded by imposing canyon walls on all sides. 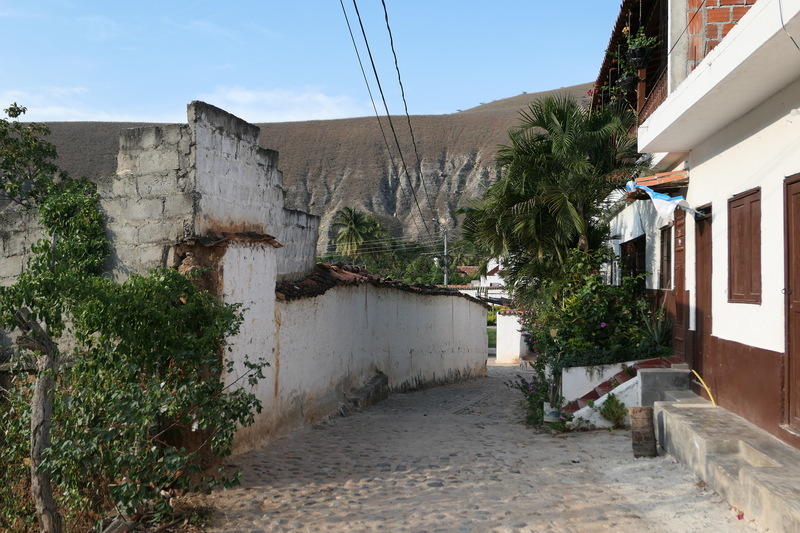 A very nice woman runs a hospedaje (somewhere between a hotel and a hostel) right on the town square and put me up for the night, setting me back about $10. After a very good night’s sleep, I ascended back up the canyon wall and headed a few hours south to Villa de Leyva. It’s another charming colonial town known for being a charming colonial town, this one well-trafficked by Bogotanos escaping the city for a weekend. It also boasts the largest town square in South America, and what can I say: it is a large town square.

Another day’s ride and a lot of really awful traffic later, I made it to Bogotá. It’s a massive city by any measure, but riding in, the most notable is area, taking up 613 square miles (1,587 km2). I would not set out to actually exploring the city for a couple days, however, because the order of the weekend was to take part in motorcycle events centered around the presence of the motorcycle guru Bret Tkacs, who you may remember repairing my panniers in Medellín. He was giving an instructional session, followed up by two big group rides organized by a local club, the first day on-road and the second day off.

These were the first big group rides I’ve ever taken part in, and I wouldn’t be terribly disappointed if they were the last as well. They weren’t horrible or anything, but nothing about riding motorcycles gets better by doing it with 150 other motorcycles.

On the plus side, several of my friends and fellow travelers from the journey on the Stahlratte also showed up, which made for a fun reunion, and I made some new friends as well. The off-road route on Sunday was also really nice, meandering through the countryside and eventually up a volcano. The last few hundred meters of the ride was something of a spectacle as the trail ended with a steep uphill made of clayey soil moistened to ice-slick perfection. I went down three times myself, and after making it to the top I made sure to run back and enjoy the show. 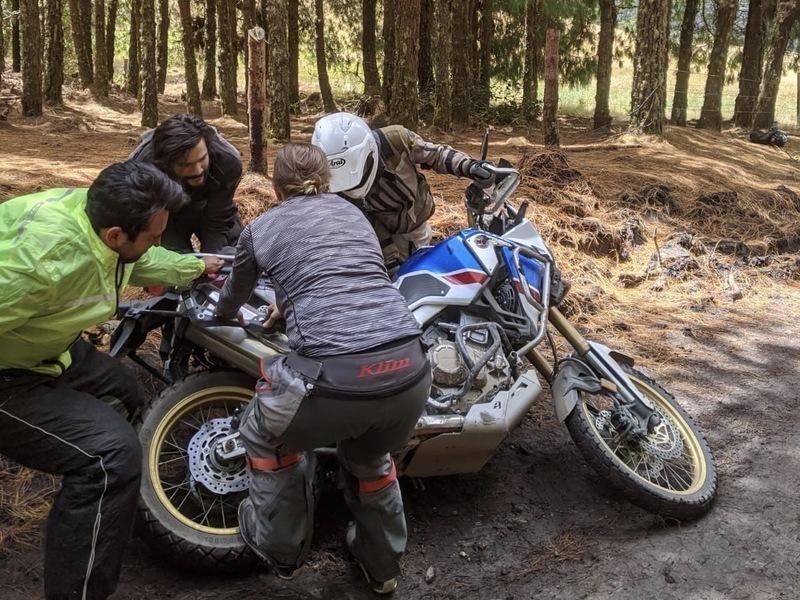 That day was, incidentally, my birthday! It was well timed with my boat buddies in town, plus the new friends from the ride. I assembled a crew to venture the 25 kilometers north, to take in the singular experience that is Andrés Carne de Res. It was the near-universal first response when asking where to eat in Bogotá, and it’s not even in Bogotá. In many ways it fits in a class with The Cheesecake Factory, or Señor Frogs, with an incredible amount of kitsch, dancing waiters, and a 75-page, magazine-style menu. But, almost unbelievably, the food manages to be damn good, on top of it all. It’s the perfect place for a birthday dinner. 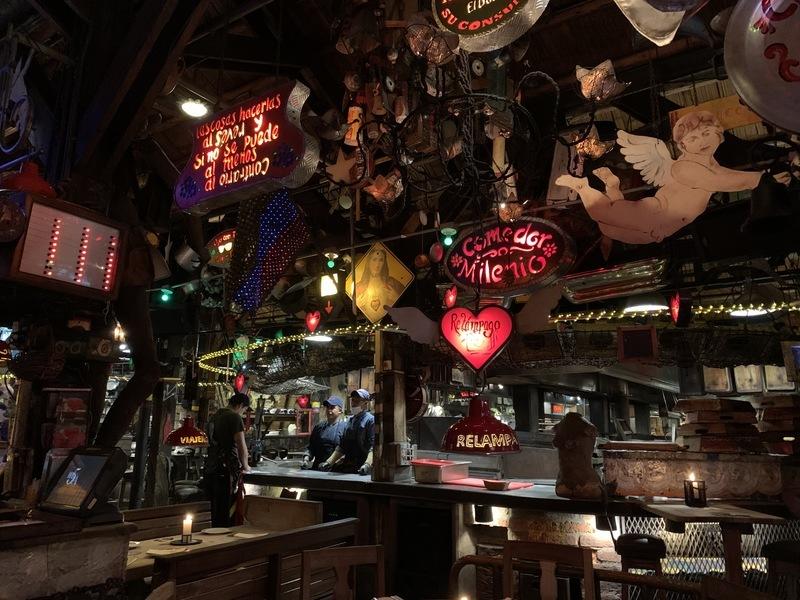 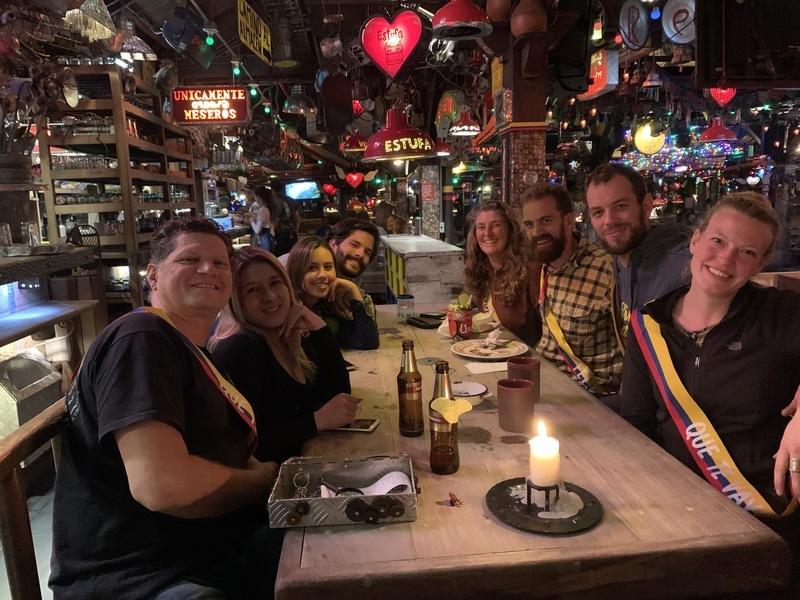 I felt pretty damn lucky to be celebrating my birthday with this crew on a solo trip 10,000 miles from home.

After recovering from the fruit-and-vodka slushies, I had a couple days to poke around Bogotá, mostly in El Chapinero, the hip, upscale neighborhood I was staying in, and La Candelaria, the historic center. I like the city, at least those neighborhoods. It’s a bit more hectic than Medellín, or even Mexico City, but I get the sense that it is a city of hidden gems. Or not so hidden, in the case of the Museum of Gold.